For checked baggage, Alaska Airlines charges each $25 for the first and second bag and then $75 for each additional bag.

By downloading the Gogo Entertainment app, Alaska Airlines passengers are able to stream multiple TV shows on their laptop, tablet or mobile device. Inflight entertainment tablets, which are preloaded with a large collection of TV shows, are available in First Class. These can also be rented on flight to and from Hawaii as well as coast-to-coast flights.

Alaska Airlines WIFI starts $4.95 USD and goes up depending on which plan you choose.

The meal choice available on flights vary depending on the length of your trip, but for passengers in the main cabin, there will be items such as cheese platters, sandwiches and salads available to purchase for your flight. These can be pre-ordered on the Alaska Air app 24 hours before flying, or purchased in flight.

Passengers travelling in First class can choose from a range of foods, including breakfast, snacks and main dishes. These can be pre-ordered on the Alaska Air app up to 24 hours before departure.

Passengers can purchase food items that suit their dietary meals, such as the ‘Mediterranean tapas picnic pack’ which is suitable for vegans, kosher and gluten-free. Contact Alaska Airlines direct to find out more information on how they can meet your dietary requirements.

Economy class passengers receive complimentary soft drinks and tea or coffee, with liquor, wine and beer being available for purchase. All drinks, including wines, beer, spirits and non-alcoholic beverages are included in the First Class fares. 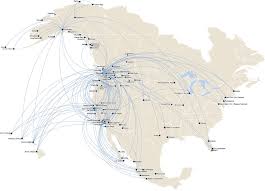 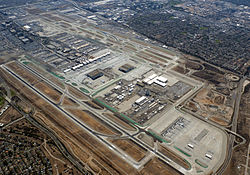 With Alaska and Alaska Global Partners guests can earn and redeem miles on flights to more than 900 destinations worldwide.

If you fly with Alaska Airlines enough times, passengers can qualify for elite status and as a MVP, MVP Gold or Gold 75k member you can enjoy great benefits, special treatment and even bonus miles on every flight.

Members that are having children are able to freeze their membership for 1 year.

Pay for Alaska Airlines with a Payment Plan

Looking to make an Alaska Airlines reservation and pay for your flight using PayPal? Alternative Airlines give the option to pay with PayPal on all Alaska Airlines flights! PayPal is a safe and convenient payment method and ensures that your airline ticket payment is protected.